Kaieteur Falls is the world's highest single drop waterfall, located on the Potaro River in the Kaieteur National Park, in Essequibo, Guyana. Its location is in the Amazon forest. It is 226 metres (741 ft) high when measured from its plunge over a sandstone and conglomerate cliff to the first break. It then flows over a series of steep cascades that, when included in the measurements, bring the total height to 251 metres (822 ft). While many falls have greater height, few have the combination of height and water volume, and Kaieteur is among the most powerful waterfalls in the world with an average flow rate of 663 cubic metres per second (23,400 cubic feet per second).[1]
Kaieteur Falls is about four times higher than Niagara Falls, on the border between Canada and the United States, and about twice the height of Victoria Falls, on the border of Zambia and Zimbabwe in Africa.

The extremely rare Golden Frog is native to the Kaietour Falls plateau in the interior of Guyana. The local indigenous guide said he hadnt seen one in months as they only come out in the rainy season, and this was the height of the dry season. But my team (kudos to Megell Mohammed) managed to find one right by the side of the falls inside a Giant Tank Bromeliad (2nd largest species in the world) and the only place the frogs live. The frogs are about the size of your finger nail. 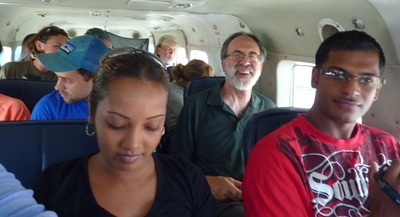 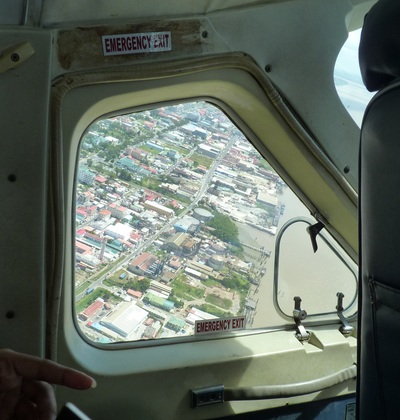 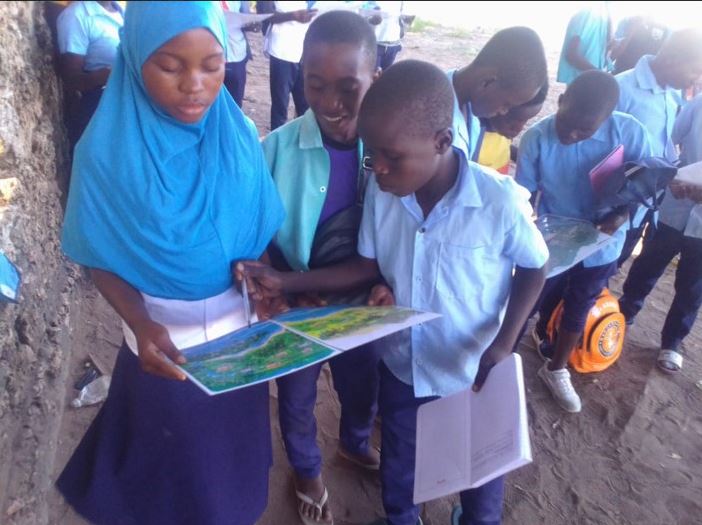 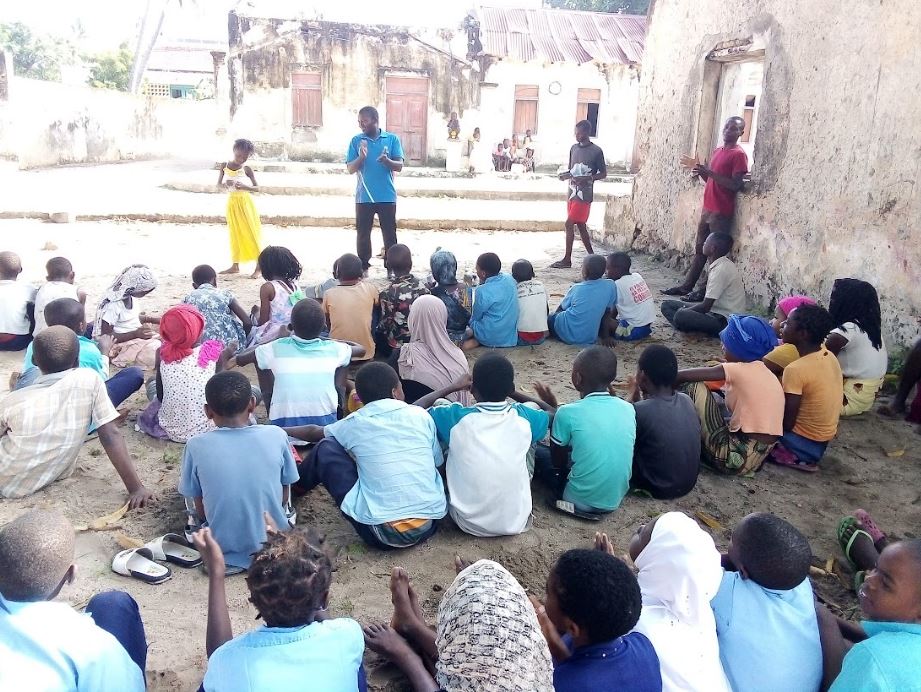 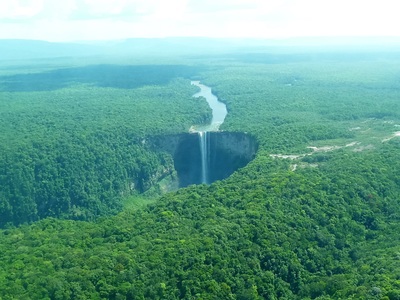 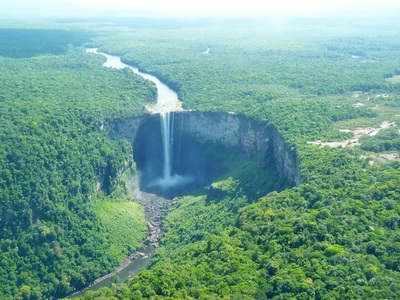 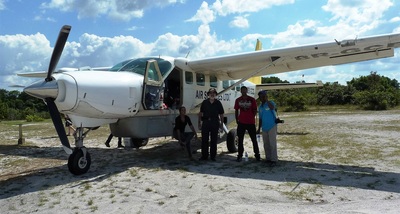 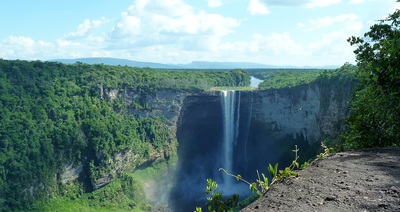 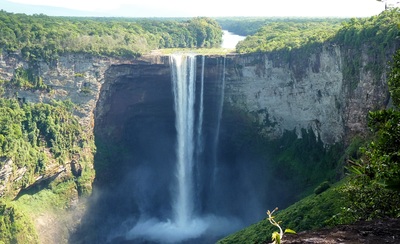 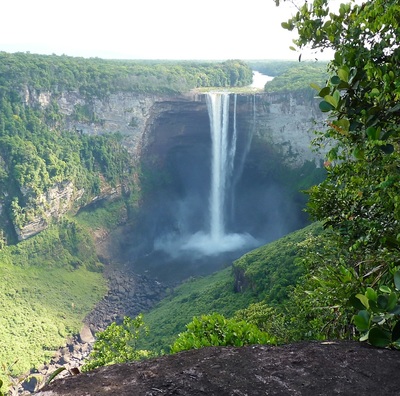 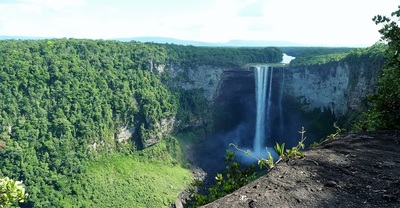 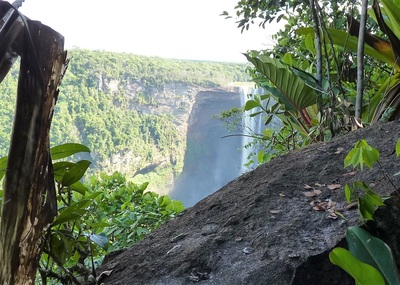 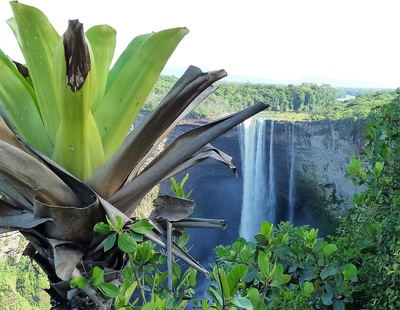 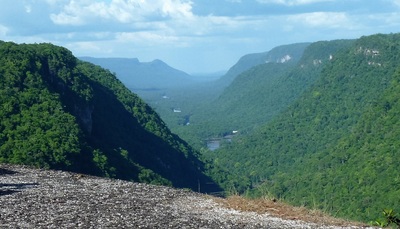 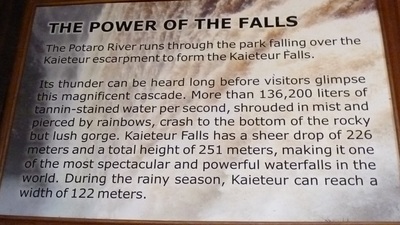 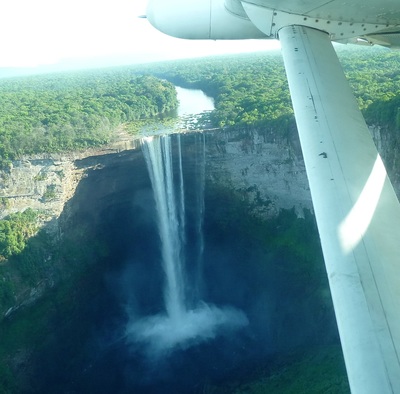 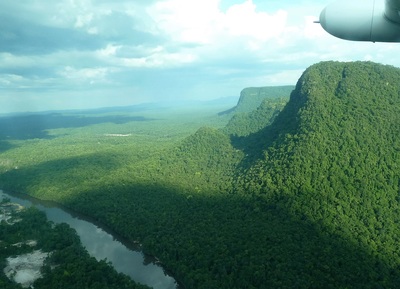 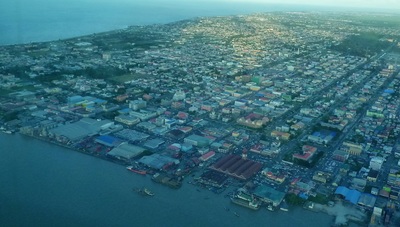 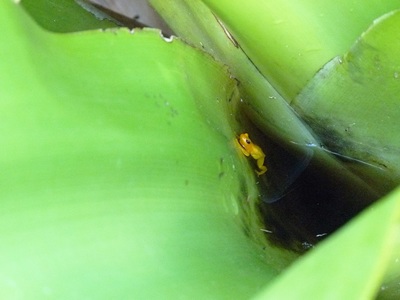 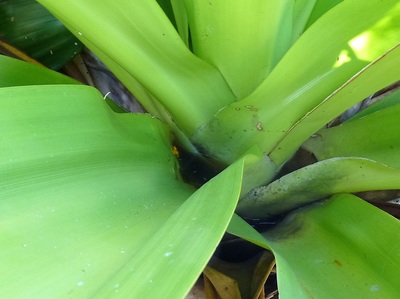 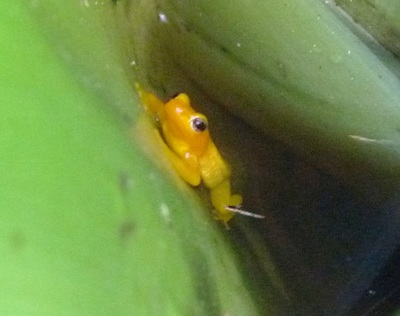